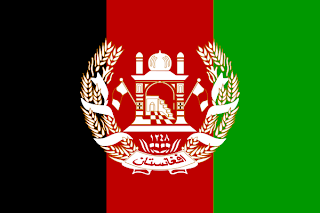 The Disston Tractor Tank was conceived in the early 1930s during the Great Depression by the Caterpillar Tractor Company.  The concept was to mount an armoured tank body with armament upon an agricultural tracked tractor, as opposed to designing and manufacturing a tank from scratch.  A Caterpillar model thirty five [1] provided the base vehicle which was then shipped to the Disston Company to fit the armoured tank body and  armament.  It was later advertised as the 'Disston Six Ton Tractor Tank' and aimed at “nations with greatly reduced appropriations” and police agencies [2].

Early versions of the Disston Tank Tractor had an extended front track assembly, a 30 caliber Colt machine gun and a turret mounted 37mm cannon along with several gun ports.


Late versions were comparatively simplified.  They featured a more basic armoured body with a front grill and retained the original shorter track assembly. Although the armament remained the same, the turret mounting was removed along with the side gun ports [3].  A 1935 advertisement for this version pitched it as a tractor that when required could be converted into a tank within the space of two hours rather than a permanent tank.
The total number built of either variant is unclear, with the only available estimate indicating 26 units produced overall.  Although the only confirmed operator of the type is Afghanistan the US Marine Corps are widely reported as having receiving 16 units [4] and one source also indicates China received four units [5].  No further evidence can be found by the author to confirm US or Chinese deliveries.

The Kingdom of Afghanistan ordered an unknown number of early version Disston Tractor Tank in the early 1930s.  These were reportedly delivered in 1935, having been shipped to Karachi, Pakistan and then transferred by rail to Kabul, Afghanistan [6].

There is conflicting information regarding the number of Disston Tractor Tanks ordered and delivered to Afghanistan.  One estimate indicates that ten were ordered [7] with another indicting that ultimately only three were delivered [8].  The latter claim can however be dismissed as a minimum of five can be identified through available photographic evidence.    A further source indicates that the order was in fact for nine complete tanks with a further three armoured tank bodies, all of which were delivered [9].


Unfortunately there is no information available documenting the Disston Tractor Tank in service with Afghanistan and it is not known how long this type remained in active service.

At least one example was preserved after being withdrawn from service and displayed in a museum in Kabul alongside other historic Afghanistan armoured vehicles.  Unfortunately this museum no longer exists and this particular vehicle is believed to have ended up in a Kabul scrapyard.


The once preserved example features a front grill, thought to have been an Afghanistan modification.  The long barrels of the 37mm cannon and machine gun are not believed to be original and may have been added for display purposes.

At least two separate Disston Tractor Tank examples have been identified as being located in scrapyards or so called tank graveyards in Kabul.

One example is of particular interest as it lacks the extended length tracks instead retaining those from the original caterpillar model also associated with the later version of the Disston Tractor Tank.  Whilst it may have been delivered in this configuration the potential ordering of three additional armoured bodies may have enabled Afghanistan to convert some Caterpillar Tractors domestically.

Although their current status is unknown these two examples are likely to have represented the last remaining Disston Tractor Tanks in the world.