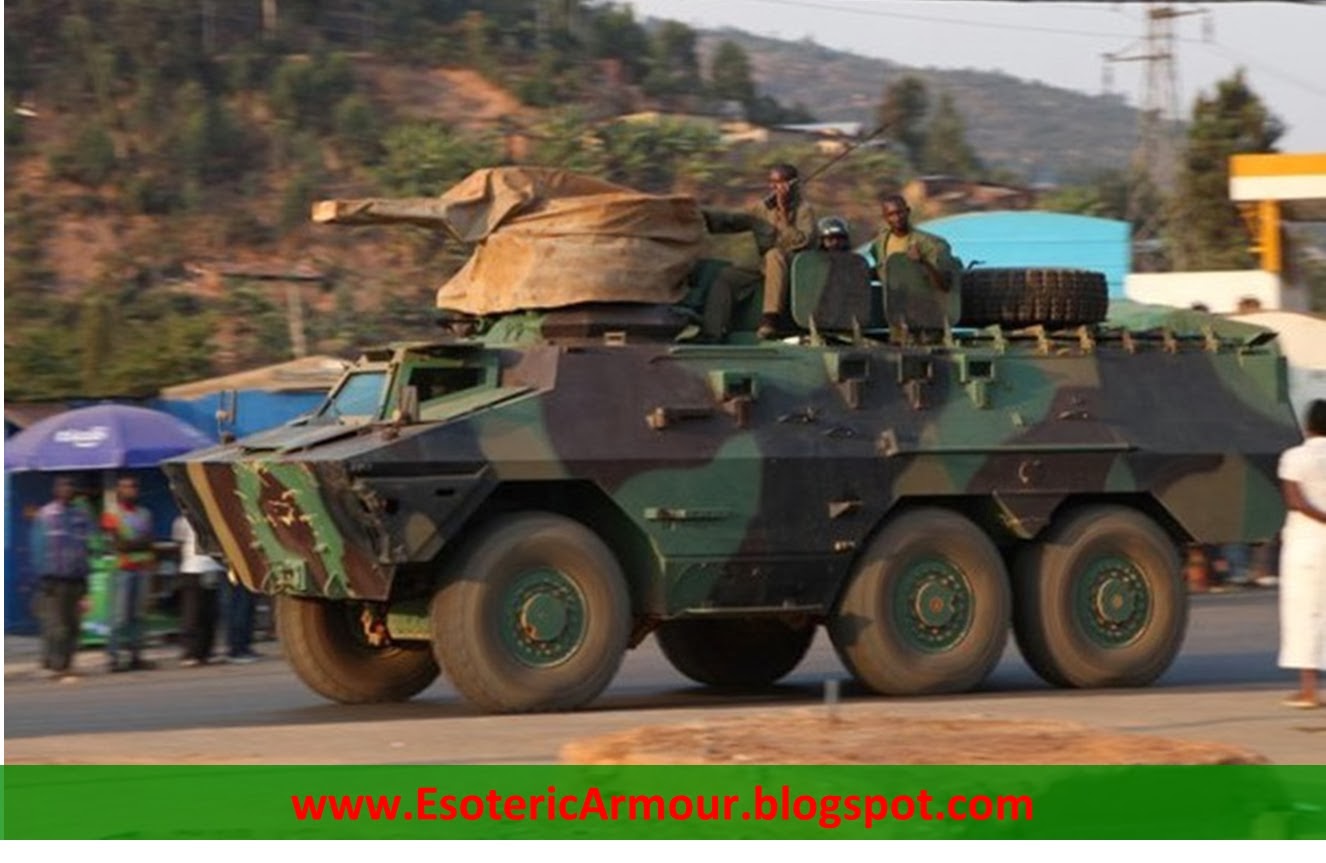 In late August 2013 a number of Rwandan army Ratels were photographed deploying to the border with the Democratic Republic of Congo (DRC) following allegations that DRC forces had fired upon Rwandan territory whilst engaging rebels forces [2].

The main armament of these Ratels is covered in the photographs, however the author assesses that these vehicles have been fitted with BAU-23x2 remotely controlled weapon station [3] [4].  As South Africa has never operated this version it is unclear if this represents the delivery configuration or a later upgrade. 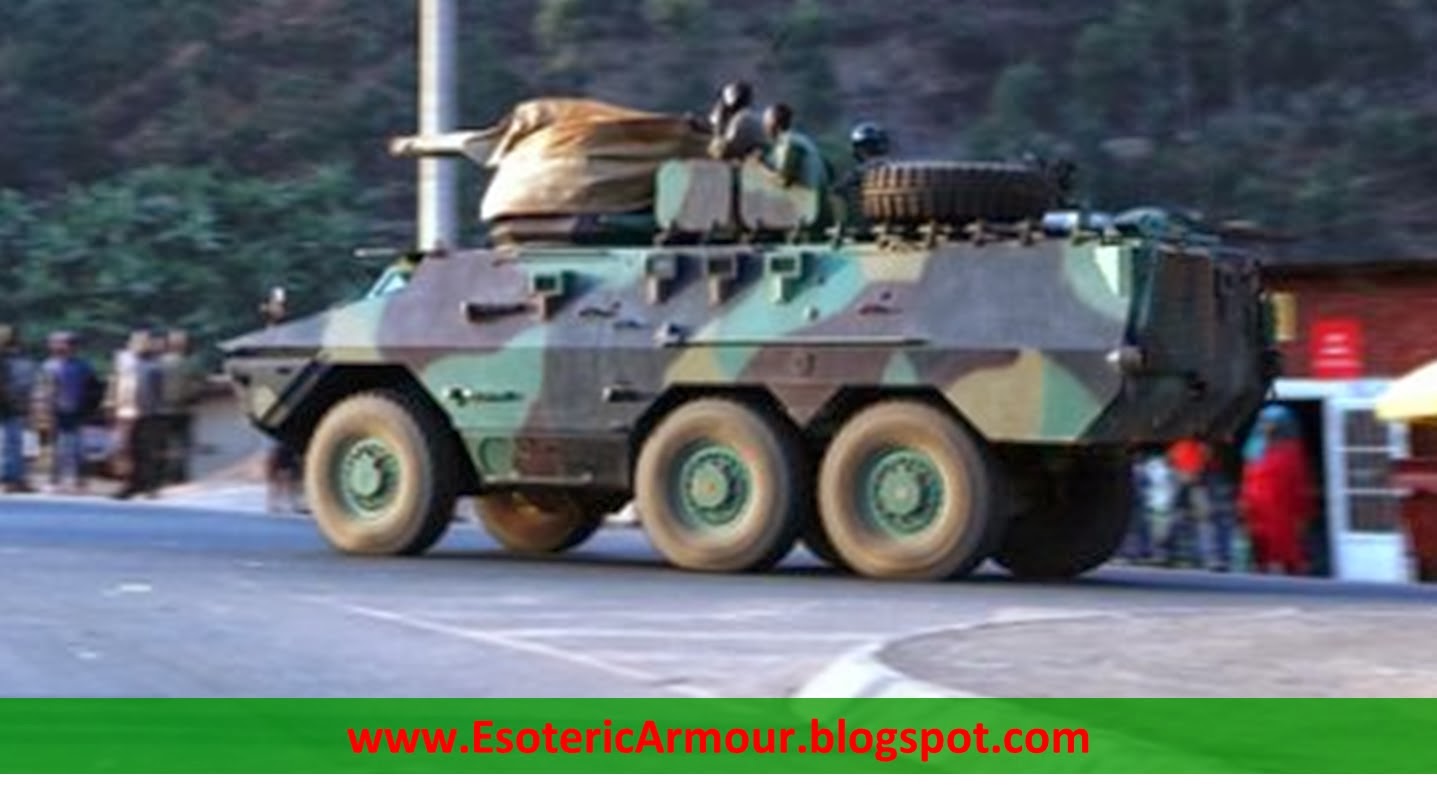 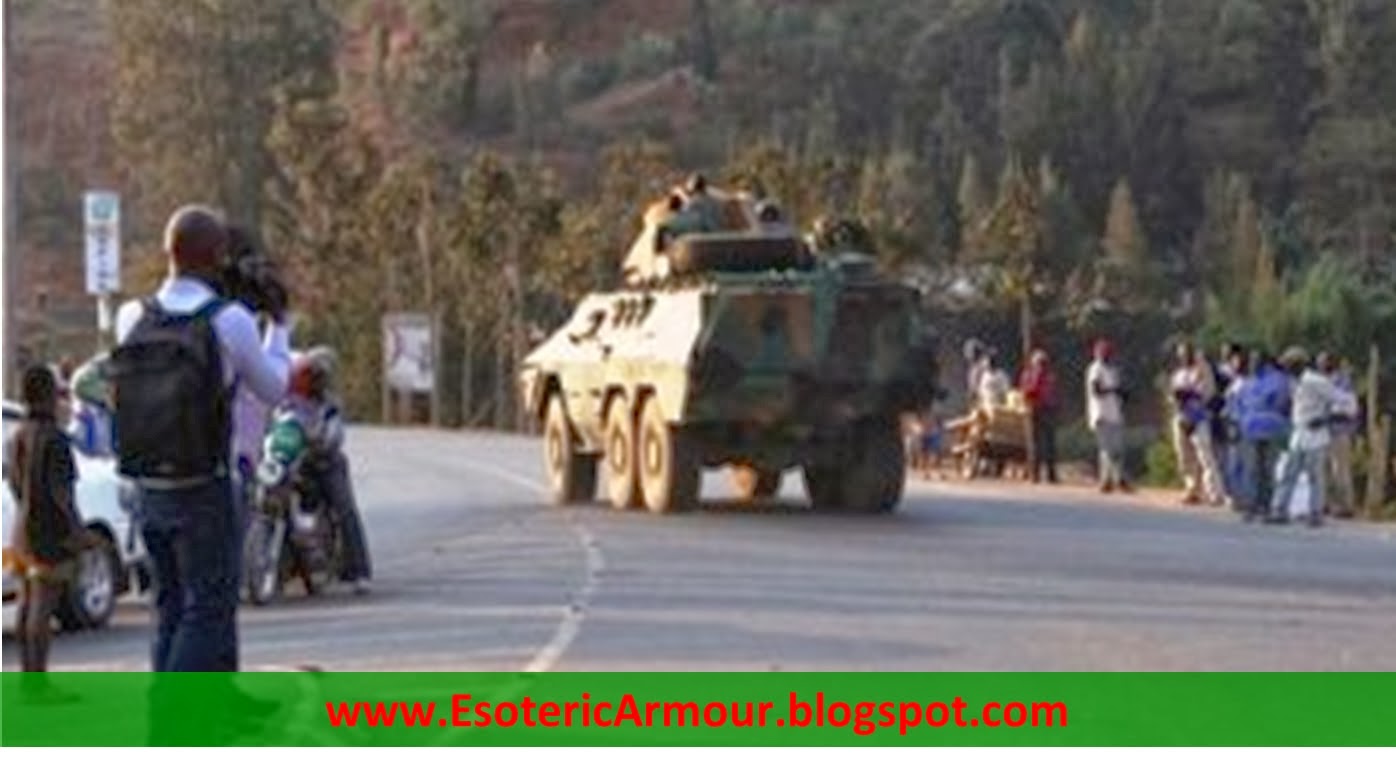 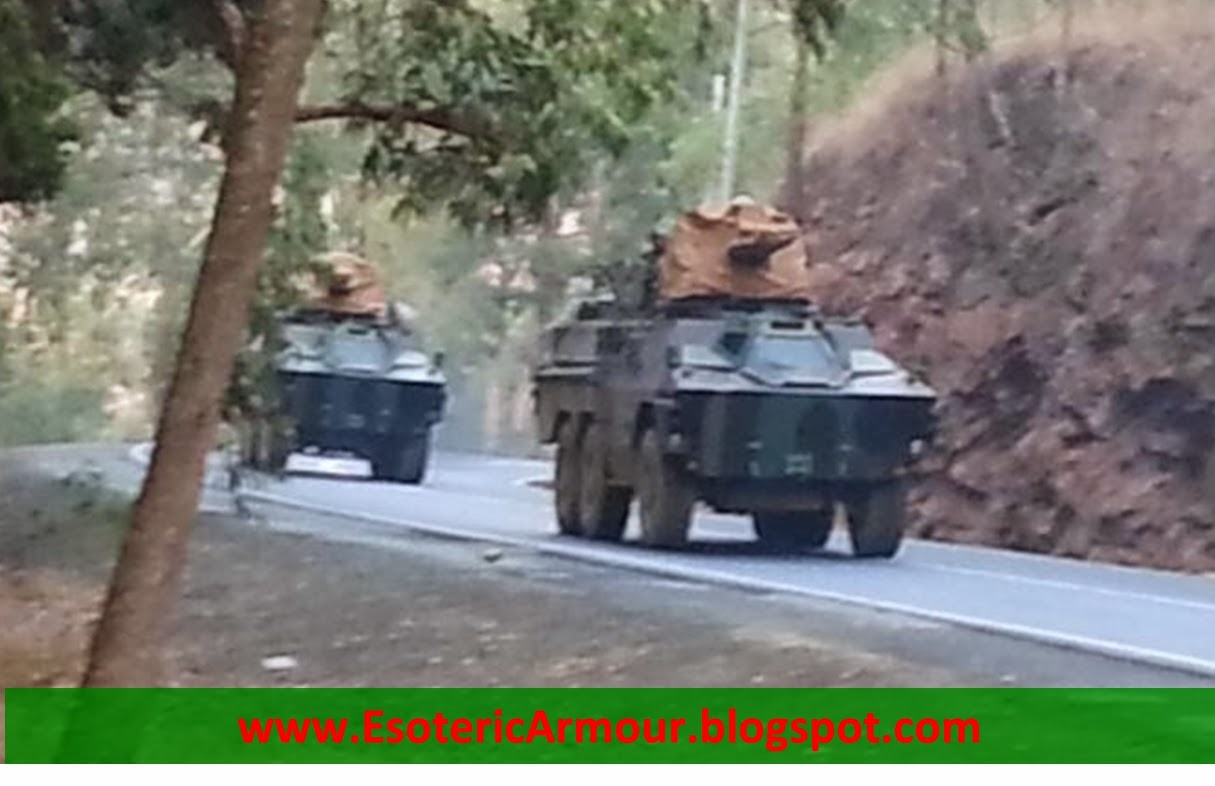 On the 14th August 2013 Egyptian security forces moved to clear protest camps in Cairo.  These camps contained supporters of former president Mohamed Morsi who was removed from power in military coup in July 2013.  The attempted removal of these camps has resulted in widespread violence, hundreds of deaths and left the country in a declared state of emergency [1]. 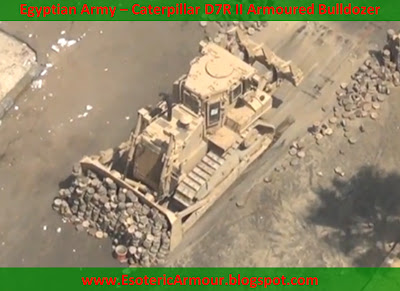 The presence of at least one armoured bulldozer in the removal of protest camps has been heavily reported and photographed.  The author has identified the type used as an Egyptian Army armoured Caterpillar D7R-II medium Bulldozer.  Supporting evidence of this identification can be found directly on the US manufacturers website [2]. 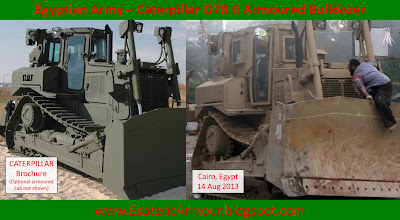 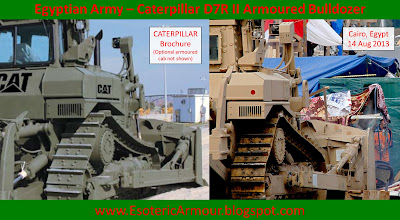 At the time of writing the author has been unable to find any prior reference to the procurement and operation of this vehicle type by Egypt other than a single unreferenced source indicating 240 D7 units are in Egyptian Service [3].  This same source indicates that Egypt also operates the much larger Caterpillar D9, though this cannot be verified.  Armoured variants of the D9 are operated by US forces and Israeli forces.

Reports had indicated the presence of multiple bulldozers operating against protest camps, but the imagery currently available cannot confirm this.  The only identifying marking is a black circles number ‘45’ which is clearly visible in a number of images [4].  This could represent a unit marking or potentially an individual vehicle marking, the latter would not support reports of multiple bulldozers deployed. 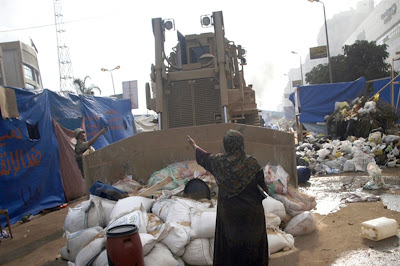 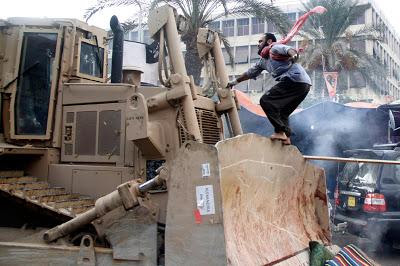 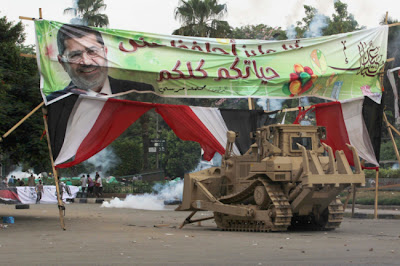 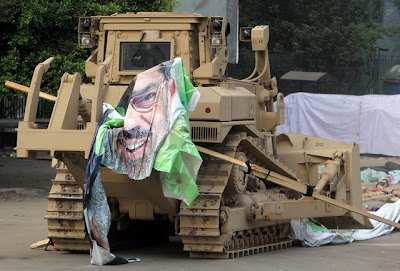 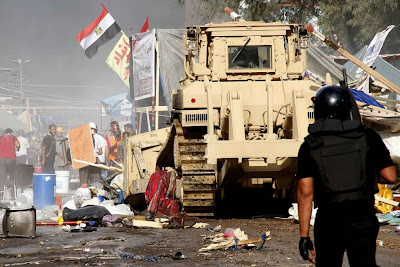 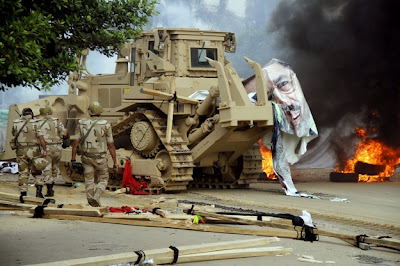 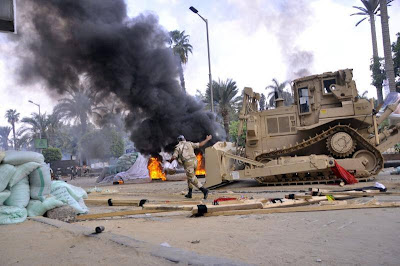 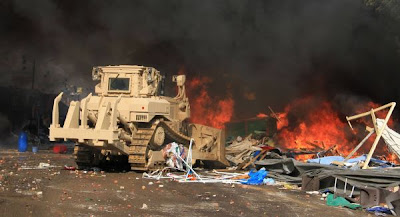 The author does not condone the use of these vehicles in the manner reported and the purpose of this article and this site in general is to identify and highlight lesser known military vehicle service.  Any political comments will be removed.

Following the Cuban Revolution of the 1950s, Fidel Castro sought to rebuild the Cuban military into the most powerful in army in South America.

The IS-2M designation refers to the post-war modernisation of the IS-2 [2].  This update included adding hull mounted stowage bins, protective upper skirting for the tracks and the provision for additional rear mounted external fuel tanks.

During the attempted 1961 Bay of Pigs invasion, an unknown number of IS-2Ms were deployed to the area.  However whilst some Cuban tanks were actively engaged in combat [3] the IS-2Ms were held back from the immediate front-line in reserve and ultimately not required [4].

Following the Bay of Pigs and the Cuban Missile the following year, Cuba focused tank procurement on additional T-34/85 and the more modern T-55 [5].  It is not known how long the relatively small and increasingly obsolete numbers of IS-2M remained in front line service services, though many may have been put in reserve in case of future invasion [6].

Though the author is not aware of any Cuban IS-2Ms preserved for public display or transferred to other countries it would appear that at least one example has bee placed off the Cuban coast to act as a diving wreck / artificial reef. [7]


There are also claims that IS-2M were used as static coastal defences, though the author has been unable to identify any supporting evidence of such claims.